Playback Memphis trains and employs professional artists and facilitators to use the unique art form of Playback Theatre, a listening and story sharing practice, with people in a variety of settings. We co-create and catalyze community wellbeing, social cohesion, and flourishing culture. 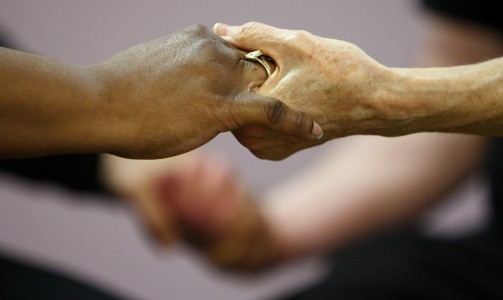 Since 2008 Playback Memphis has welcomed Memphians across generations, neighborhoods, and challenging divides to Memphis Matters to our public performance series at TheatreSouth. Be the Peace!, Playback Memphis’ anti-bullying program for schools, was launched in 2011. In 2012 Playback Memphis was one of six companies selected to perform at the North American Playback Theatre Festival in Washington DC, selected from a field of more than 75 companies.

Playback was actually like an extension of their voices. It gave the audience an opportunity to see emotions demonstrated that, in some cases, they were not aware they had... bringing things out that needed to be brought out. It was also incredibly validating. The overwhelming feedback was that it was very therapeutic.